“My Thanks and Comments for Dr. Walt Meier“. Now it’s Willis Eschenbach’s turn to pick at Dr. Walt Meier’s response to Willis’ “questionnaire”. This is just the trap that Willis hoped to spring on Dr. Meier. After some self-congratulatory remarks about civil discussion and the like, he can now nit-pick, throw out cherry-picked counter examples, argue over word choices, casually repeat denialist memes, and generally posture and enjoy the superficial connection to a “real scientist”. 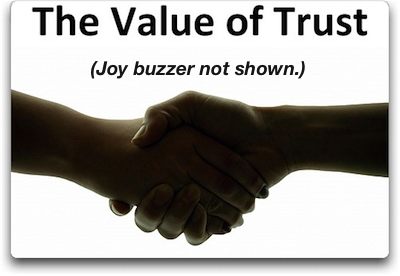 This goes on for about 7300 words. Two points from his “conclusions” bear comment:

1. Reading Dr. Meier’s answers to the questions has been very interesting and very productive for me. It has helped to identify where the discussion goes off the rails. [Implying that it’s Dr. Meier that :”goes off the rails”, not Willis. The departure is in Willis’ head, refusal to accept basic science is why the denialists fail to understand the evidence of Global Warming.]

7. Since the null hypothesis that the climate variations are natural has not been falsified, the AGW hypothesis is still a solution in search of a problem. [This chance to make this unsupported claim is the entire point of Willis’ extended debating exercise. In fact, no scientifically honest climate models can’t match historical climate trends without human factors.]

It feels like Anthony and his associates are chasing their own tails in ever-tightening circles.

3 thoughts on “My Thanks and Comments for Dr. Walt Meier”